You are using a web browser that may not support the design features on this site.

For the best experience, please switch to another browser. We recommend Chrome or Firefox.

Relationships
can be tough...

We are now offering the option of video counseling services for your convenience and safety so that you can attend your appointment from the comfort of your own home if you would like.

When you feel like you have tried everything and nothing has worked -- we are here to help!

Stuck in a relationship, job, or life situation that not longer serves you? This experience is not uncommon.

If you find yourself making a list in your head..."should I stay or should I go?", counseling might be right for you.

Ever wonder if you and your partner have a "normal" sex life? Do you want to find a way to improve yours?

Pandemics can be frightening and isolating. We can help with social distancing support.

Are you feeling overwhelmed and stuck in your life?

Do you feel like you have tried everything and nothing seems to work? We are here to help.
We help people like you who are stuck in old relationships and life patterns get unstuck.
Call now (720) 457-3342 and let one of our experienced and licensed therapists help you today! 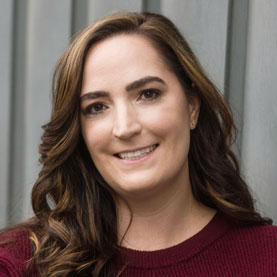 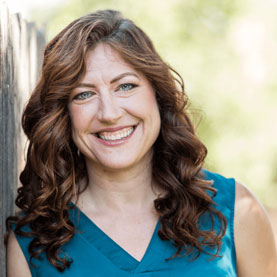 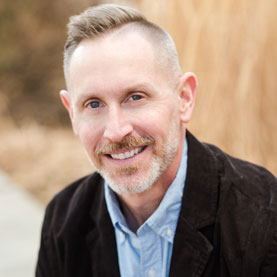 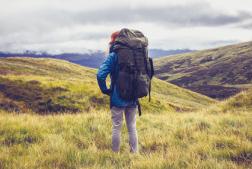 Confession…sometimes when my 11-year-old son does something really annoying to me, I think to myself, “That is just like your Dad.” Ouch. I know, not my most elevated state of consciousness there.

Today, as I watched my son exhibit some of my own qualities, I thought, “Oooh…the apple doesn’t fall far from this tree either.”

I watched my son set up his iPad to video himself playing the piano. Sweet.

He situated the camera and then secured a blue bandana around his eyes so that he could not see the piano keys. He looked straight into the camera and stated matter-of-factly, “This is to prove to you Joe that I CAN play the Pink Panther song blindfolded.” He then proceeded to perfectly execute said song, indeed, blindfolded.

Now it was my turn to see myself in him as he was trying to prove himself to his classmate.

As I watched this play out, I remembered that there was a time when the only thing better than proving that I could do something was making someone else wrong for believing that I could not do the thing to begin with. Yeah, I know. Not the most flattering quality.

When I was 17 years old, I rather enjoyed adventure…at least in my head I did. I was actually kind of scared of homeless people, foreign countries, and unknown situations. While I was with a group of rather cool teenage boys, who I was trying to impress, the conversation shifted to people (particularly girls) who would backpack to foreign lands alone. One of the boys looked me square in the eyes and said, “You could never do that!” I took this as a dare and said, “Yes I can!”

I spent the next year of my life taking evening college classes while working full-time at a local restaurant to save money to go to Europe on a backpacking adventure, alone.

After reading a couple of books, buying my first pair of boots, and my first ever backpack, I got on an airplane bound for Germany where my uncle would gather me up and then I would begin an eight country, one month tour of Europe.

Yes, there was some courage in this decision but there was also quite a lot of fear and ignorance. On the long flight to Germany, my seat mate, an older man, propositioned me to be his…um…”escort”…for a week while he was traveling for business. He would pay me what I had made over the entire year waiting tables to accompany him for the week and provide…well, “services”. My middle-class, white, girl jaw dropped to the ground as this offer was made and as I disembarked the plane and hurried to find my uncle, I realized that I was not at all prepared for the real world.

There were many many frightening events over the next month…like the night on the train in Spain when I woke up to find a man on top of me trying to find treasures in my pockets (I thwarted his attempt with my screams and flailing). Or the day when I wandered frantically through Paris as a sinister and creepy man followed me every which way until I found a kind older American woman to help me fend him off. Or the night that the train arrived after midnight in Barcelona and I was left wandering the streets alone looking for shelter and delighted to find someone who rented me a large closet where I could stretch out for the night and safely rest. Once a week, I would find a pay phone (yes, remember the days before cell phones?) and call my mother and let her know that I was okay.

The funny thing is, I don’t even remember who the boy was. Some nameless kid who, I am sure, doesn’t remember the conversation but I was a girl with a chip on my shoulder out to prove myself…really to myself.

Like many adolescents (and adults) my sense of self-worth was squarely placed in the hands of those around me. I only knew that I was good enough when others gave me approval. Approval, of course, does not mean following the rules as there is much admiration for teens from peers when you are the bravest, outlandish, or unruly. I wanted to be the most of something.

As I watched my son this morning going through his own process of sorting out his self-worth, I felt humbled (again) by the experience of parenting. When we let it, parenting, and marriage, can be a bit like a house of mirrors. Watching parts of ourselves pop up to meet us in most of our conversations, interactions, and reactions within a family unit.

I decided long ago that parenting and marriage are less about doing it right and more about being awake in the process. I no longer try to be perfect or prove myself in relationships but rather commit to staying awake long enough to notice where I want to shut down, blame, criticize, get small, react, or play into unhealthy agreements.

When we can see our own places that need growth, love, and healing, we are able to become active agents of transformation in our own lives. It is no longer about proving someone wrong or demonstrating competence, but rather deepening in our own relationship with ourselves to stretch and evolve. There is no prescription here…rather an invitation to stay awake.

Return to Blog Homepage
Learn more about us on Facebook Visit us on Yelp Find us on Google Instagram
If you have difficulty using our website, please email us or call us at (720) 457-3342

View the ADA Accessibility Statement
Turn on ADA Views
Any surgical or invasive procedure carries risks. Before proceeding, you should seek a second opinion from an appropriately qualified health practitioner.
We have moved! We are so excited to see you at our new address, Cherry Tower, 950 South Cherry St. Suite 220 Denver, CO.
Contact Us Today
Give Us A Call
Counseling Center of Cherry Creek - (720) 457-3342
Send Us an Email
Expanded Details View
This Patient's Experience
Loading Testimonial...
Loading Case...